Squeezed between condos, bridges and concrete architecture – it’s hard to believe that Fort York was once a defensive fortress right on the lake. Built in 1793 as part of an alliance with the First Nations to protect the Upper Ontario from Americans, it resembled more of a settlement than a military base and was surrounded by green woods and blue waters. 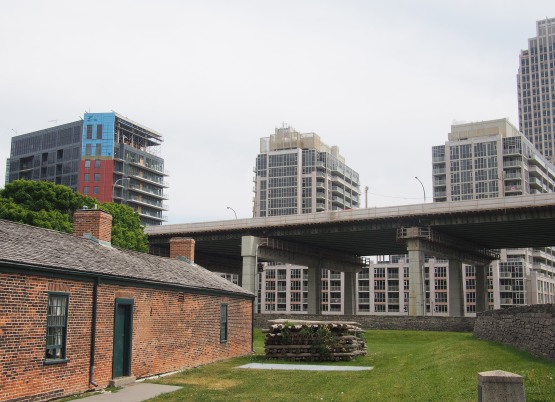 Fort York was further strengthened in 1811 in anticipation of the war, then burnt and looted by Americans in 1812 (which eventually resulted in successful storming of the White House by British and Canadian troops). It was re-built to the modern look in 1814 and then the peace was declared. 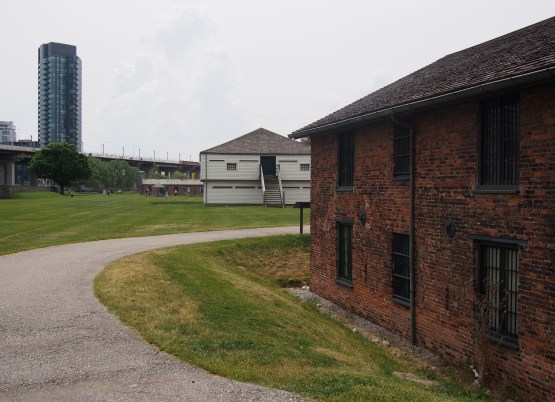 Soldiers’ barracks were decorated in minimalistic and practical manner. Double-beds, iron lanterns, dining tables, a few shelves and a fire place – all too small for modern standards, and too short to comfortably fit me. 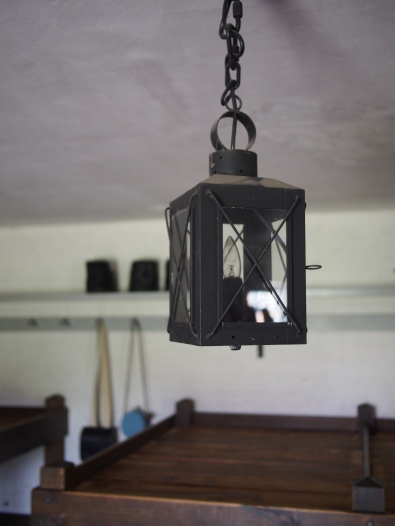 The uniform, a fur-hat and a flask fitted me perfectly and were made in my favorite colors (is it true that red was chosen for it tendency to cover up blood?)

Poor bear stretched on a wall occupied more space than officer’s bed and contrasted dramatically with a secret blue pot on the floor.

The whole place was frozen in time; even the glassed displays had a vintage look.

If only I was allowed to try them on! Haute-couture.

My favorite place and the pumping heart of the Fort – was the operational (to nowadays!) kitchen.

I could not resist filling up on cookies and rhubarb tarts. 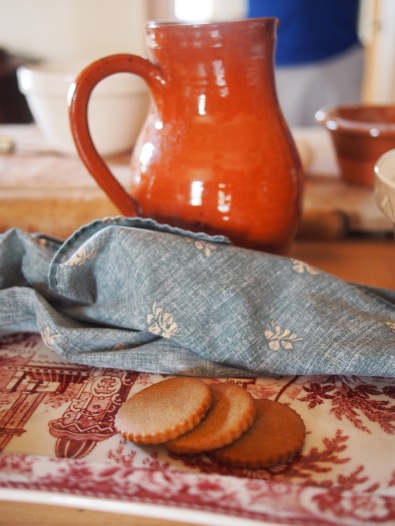 No wonder kitchen staff often ended-up with burnt eye-brows and eye-lashes. Cooking over the fire is a battle! I left covered in a cloud of smoke and fire-wood fragrance.

It’s astonishing that kitchenware hasn’t changed much and the same ingredients were used to feed the hungry souls. 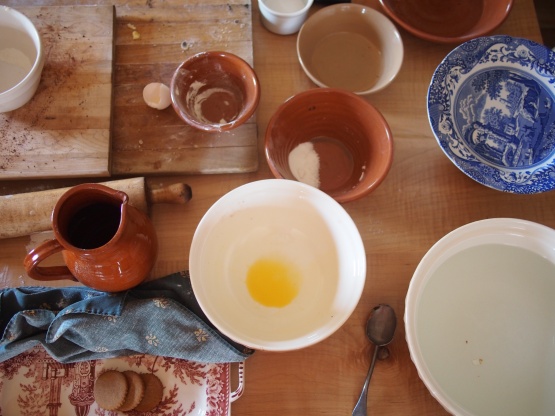 I expected the white window to open wide any moment and officers to rush in for a drink and pre-dinner chat. 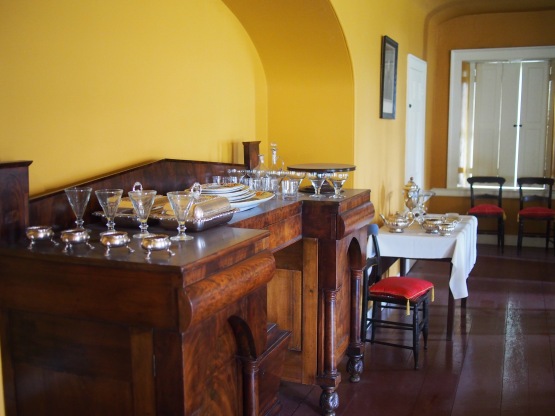 The same green chairs are still widely popular in Canada and serve their duties well at cottages. The same China set is a sought-after piece of art.

Found at the end of my journey – a lonely beaver looked me straight in the eye and silently begged to visit him again.

Girl with a questionable taste in cats and fashion. Stalk me on Instagram - anna_trestain View all posts by Anna Trestain

11 thoughts on “Fort York – in the heart of Urban Toronto”